We are delighted to have Dickie join us to offer would be woodcarvers chance to explore this ancient art form with a master of the craft.

Having left school aged 16, Dick was apprenticed as a shipwright in the royal naval dockyard in Chatham. He drew inspiration from his historic surroundings and the generations of craftsmen in whose footsteps he was now walking. Had the dockyard not closed it is likely that Dick would have remained there all his working life such was his affinity with his work and surroundings but in 1983 fate intervened and delivered a change in direction which saw him embark upon a second profession as a fireman with the Kent Fire Brigade.

For the next 30 years his woodworking interests were necessarily confined to evenings and weekends, carving with members of the British Woodcarvers Association with whom he demonstrated at woodworking shows in London and the South East. Having now retired he has returned to his first love and embarked upon a new career as a professional woodcarver. View some of the Wood Warlock’s work here.

Dickie’s one day course runs on 16th April 2020 and costs £120 including materials. There are currently two spaces available.

Wood Carving with the Wood Warlock 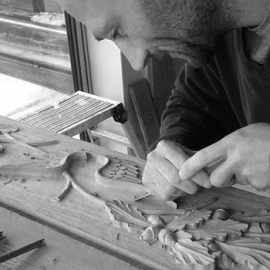 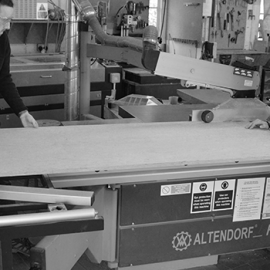 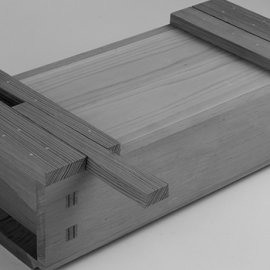 Looking for an unusual Christmas gift or experience?
Why not buy a course gift voucher for a loved one this year? The vouchers can be for any amount and the recipient can redeem it against any course here at robinson house studio. Weekend courses start at £295.
More details here: marcfish.co.uk/gift-vouchers.